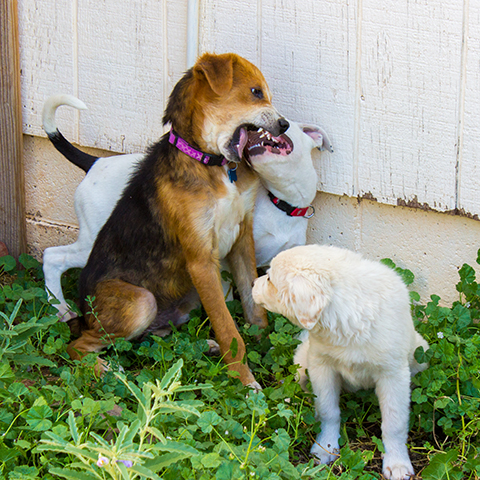 Edgar’s near starvation diet on the Rez left him severely malnourished and developmentally, he’s well behind his peers. But he’s a survivor, a Rez Dog and will fight Rebel to the death to get the last bit of antler horn.

Edgar the Rez Dog grew up hard but he’s a survivor. A survivor who loves to play.